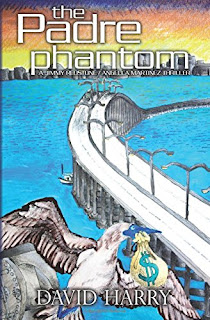 Jimmy Redstone and Angella Martinez are thrust into the midst of a bank heist which netted forty million in cash plus art worth well over a hundred million. Their investigation is sidetracked when a devastating threat to the economic viability of South Padre Island is uncovered.

The Padre Phantom is the sixth and most recent book in David Harry’s Padre series with Jimmy Redstone and Angella Martinez.

David Harry and his wife Mary live on South Padre Island with their dog Franco. When he isn’t writing, David enjoys kayaking, biking, and traveling. If David is off the island, he, Mary and Franco can usually be found enjoying their old stomping ground of Pittsburgh, Pennsylvania. 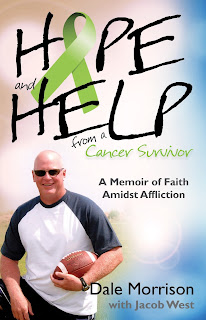 Every cancer patient wants hope. They need hope. But in order to have hope, one needs to know what hope is. It’s not a vague, barely grasp-able concept. Hope is real, and it starts with knowing Someone cares. Hope is facing each day with Purpose. Hope is in essence rock-solid Faith.

Hope and Help is a man’s story of his battle with non-Hodgkin’s lymphoma and a central nervous system attack called progressive multifocal leukoencephalopathy/JC virus. In the middle of this, doctors discovered his granddaughter had a brain tumor. But what should have killed him only made him stronger and more determined to fulfil his God-given purpose in life.

What is notable about this man’s story is that while each day was faced with daunting challenges, he met each challenge with faith and strength that clearly came from God. As a result, he and the doctors saw miracles happen before their eyes. Other patients who met him were forever impacted by his testimony. Today, through this book and a ministry called Hope and Help, what this one man learned is more than an encouragement to others – it’s showing them how they can have a similar story themselves.

Dale Morrison resides near Abilene, Texas with his wife Nancy. He is an entrepreneur, land developer, and ordained minister. Dale is the founder of Hope and Help Ministry, a Christian outreach to cancer patients. Dale and Nancy have three grown children, Courtney, Emily, and Malory. They are blessed with eight grandchildren. Connect with Dale at www.HopeandHelp.net

Dr. Jacob West lives in Stamford, Texas with his wife Emily. Jacob received his Doctor of Ministry Degree from Hardin-Simmons University in 2013. He is the pastor of First Baptist Church in Stamford. Jacob and Emily have three young children, Ellie, Ryan, and Natalie. 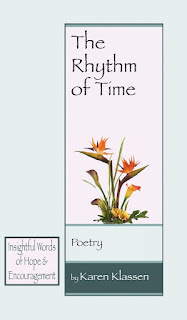 As a local Texan, I’ve taken my life experiences as well as those of others around me, to create an inspirational book of poetry to encourage, bring hope and remind us that we’re not alone in this circumstance of life.

I married the love of my life as a teenager, am the mother of 3 children and have 7 wonderful grandchildren.  I enjoyed a career as a registered nurse and worked in many of our local hospitals.

My husband and I serve as missionaries and are the founders of Harvest Field Ministries, working in Mexico and the Dominican Republic. 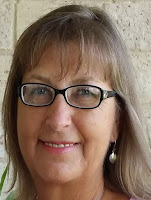 In 2003, an accident suddenly changed my life and threw me into the ranks of the disabled.  Miracles from God, great doctors and a lot of hard work helped me regain more than ever expected.  Life is not dull or always easy, but I know no matter what circumstance comes my way I am not alone.

I am thankful for the nudges I have gotten over the years to go to my computer and begin typing the words, as they come to me, for another poem.