Author of "The Padre Predator" to be at Paragraphs

Shortly after we opened David and Mary Tannenbaum came into Paragraphs and we fell into that easy conversation that develops naturally between avid readers.  So we were honored and pleased when he asked us to carry and help promote his first mystery novel, The Padre Puzzle.

The Padre Puzzle is a mystery/thriller set on South Padre Island, Texas. And as the author says in a recent article, "Where do you start a mystery? With a dead man on a beach." The novel introduces us to Jimmy Redstone, an aging and somewhat irreverent Texas Ranger and his unlikely partner Angella Martinez a rookie beat cop. 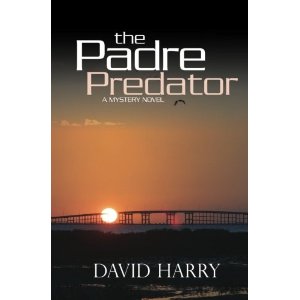 Now David brings us the much anticipated sequel, The Padre Predator, another Jimmy Redstone /Angella Martinez thriller. Jimmy and Angella are given a special assignment from the President -- find the security breach within the highest level of the government, track down the remaining terrorists before they carry out their plan, keep the bomb (or bombs) from exploding, and, keep it all quiet. In this sequel to The Padre Puzzle, author David Harry takes us on a ride with more twists and turns than Pikes Peak and as the search for the bombs and for the plotters intensifies, Jimmy and Angella are swept from South Padre to Washington D.C. and to the jungles of Mexico, unsure who to trust as suspicion spreads to include even themselves. With each turn, it becomes obvious that things are not as they seem. Jimmy and Angella soon suspect that they are pawns in a game that they might not be able to win.

While Harry writes to entertain his audience his ideas do reflect his genuine concern for the security of our country.  Harry reflects on his inspiration for the Redstone novels, as reported in the Port Isabel Press:

Harry adds that his series, including the second title, The Padre Predator, isn't meant to scare his readers, but to arouse their awareness of serious issues the United States faces. He hopes that his novel illustrates how the threat of smuggled weapons is real, and that at times our country, with its numerous bureaucracies and agencies, may struggle to stop the threat.

Since its debut, we have sold over 230 copies of The Padre Puzzle and it is becoming a top selling title at Paragraphs. Readers enjoy the many references to Island establishments and the novels contain a sense of local color that visitors and residents both can appreciate.

In advance of the formal release of his novel this fall, David is having a low-key meet and greet on August 13 between 1 and 3 to sign books and meet the growing number of Redstone and Martinez fans.  So stop by and say hello, he would love to meet and visit with you -- and who knows you may be a character in his next novel!


David Harry at Paragraphs
August 13, 2011
1-3 pm
David Harry is a Texas transplant, arriving in Dallas in 1989 from Pennsylvania by way of Ohio, New Jersey, and Florida and has been a part time resident of South Padre Island since 1992.  An engineer and patent lawyer for most of his professional life, David, and his lovely wife Mary, are planning to move to the Island permanently within the coming year and he hopes to devote more time to his writing.  That will be good news to the ever increasing number of Redstone and Martinez fans.
No comments: 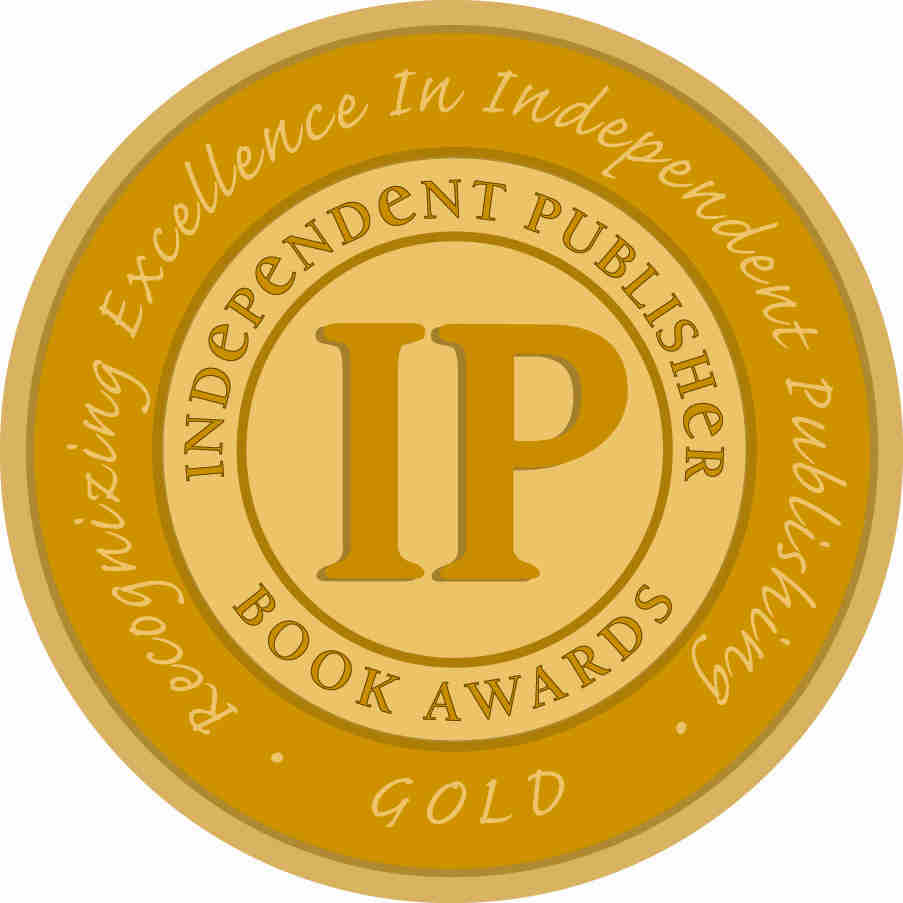 For 16 years the Independent Publisher Book Awards have been conducted annually to honor the year's best independently published titles. The "IPPY" Awards reward those who exhibit the courage, innovation, and creativity to bring about change in the world of publishing. Independent spirit and expertise comes from publishers of all sizes and budgets, and books are judged with that in mind. All independent, university, small press, and self-publishers who produce books intended for the North American market are eligible to enter.

We are happy to announce that the beautiful book -- which was produced by Gorgas Science Foundation and includes the personal perspectives of over 29 authors, all of whom are familiar with the history, diversity, and natural beauty of the lower Rio Grande Valley, and features the incredible photography of Brownsville, Texas, resident Seth Patterson -- has been named the Best Regional Non-Fiction Book published in the South.

"El Valle - The Rio Grande Delta" is a 284 page coffee table book, written in English and Spanish, that offers the reader a visual introduction to this often misunderstood or overlooked region that is shared by two great nations.

I have been lucky enough to get to know Seth since the publication of this book.  He is an enormously talented young man who is a joy to be around and we congratulate him on receiving this well-deserved award.

This award is also a great way of introducing the Rio Grande Valley, including South Padre Island, to a national audience.  These awards are followed by many people and this is wonderful exposure for us.

We had discontinued carrying this book for a few months because of a flaw in some of the bindings.  But, the printer has resolved all outstanding issues and replaced all of the books published. So, we are thrilled to again have this book on hand at Paragraphs and welcome you to stop in and enjoy our display copy.  If you happen to have an early copy of the book and notice any problems with the binding, please bring it to Paragraphs and we will make sure it is replaced.  I know that Seth and the people at Gorgas Science Foundation want you to be completely satisfied with your copy of "El Valle." 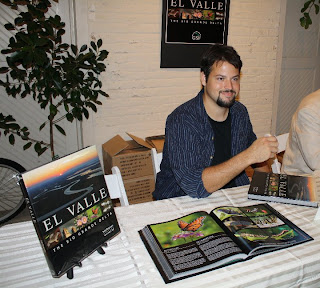 We again offer our congratulations to Seth, as well as the many contributors, all those who provided donations or sponsorships and everyone else who helped to get this book published.
No comments:

Music in the Park

This is an awesome town committee. They have been putting together some great events for our visitors and residents. A snow cone sounds pretty good right now! 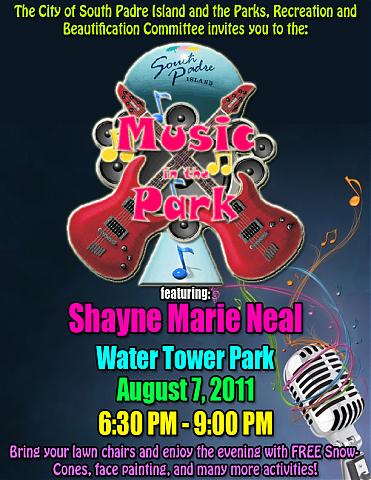 What Do I Do With Your Donated Books?

I have been blessed with many generous folks that stop by and say "We have a lot of books that we don't know what to do with. Will you take them?" 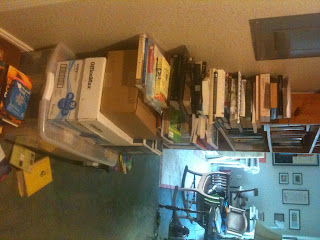 As we begin our third year I am now feeling buried in used books.  We do buy some books but we are beginning to be more selective in what we will pay for and we are going to need to develop some guidelines so our customers know that we cannot buy back used books that we previously sold at a deep discount and that we need to restrict our purchases of books from other used paperback stores.

But that is not the purpose of this post.  We have the policy of always accepting donations of used books, and that won't change -- I can't bear to see books thrown away when there are so many less fortunate for whom a book is a treasured luxury.  My problem has been deciding how to get my ever-expanding and towering piles of books to those in need.

That is where Better World Books and the Reuse First Internet Service comes in.


Reuse First: Making sure books get to readers – wherever they are!
The Reuse First Division collects tons of unwanted books to help fund literacy initiatives locally, nationally and around the world. We have raised $8.6 million dollars for global literacy by capitalizing on the value of so-called “no-value books.” Whether you are an individual, student group, library, or bookstore, we have a program that is perfect for you.

As a for-profit social venture, Better World Books’ success is measured by the positive impact that we make in addressing specific social issues; for us, that issue is literacy. Our collected books benefit five major nonprofit literacy programs as well as 80+ other literacy-based nonprofits.

I signed up with this company last year and sent a box of books to them.  The great thing is they handle all the shipping and so the donation to them does not cost us anything.  My main objective was to try and make sure that the books our customers gave to us, that we could not use, would go to support literacy in our own country and abroad.

So anyway, I boxed up some books, sent them away and forgot about it.  Then, today, I decided to check out what had happened to this box of old, less than pristine and well-used books.  That was when I discovered the "Green" part of what Better World Books achieves. The environmental impact of recycling these 14 books resulted in saving 1 tree, 82 gallons of water, and reduced landfill space by 1 cu. yd. Okay, I know that isn't much but when you look at this program on a national basis the results are phenomenal

Since its founding in 2003, the company has raised over $7.3 million for its non-profit literacy and library partners; diverted more than 29 million pounds of books from landfills; achieved 11,000 tons of carbon offsets through carbon-neutral shipping, and created more than 200 full-time jobs with meaningful benefits.

Better World Books diverts books from landfills by conducting book drives on 1,800 college campuses, and by collecting discards from over 2,000 libraries nationwide. It then sells those used books and contributes a portion of the revenue on each sale to its non-profit literacy and library partners. Books that cannot be sold are frequently donated to at risk communities in the U.S. and African schools by the truckload.. 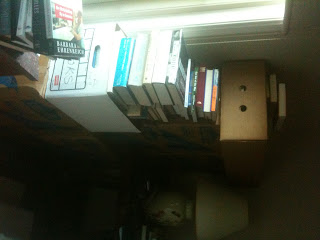 But, don't worry, we will always have plenty of used books to pick from on our shelves.
4 comments:

AUDITIONS for "Murder At the Tonylou Awards"

El Paseo Arts Foundation is kicking off its 7th season with a Mystery Theatre Production and "Chair-ity" Auction on September 15, 2011, at the Hilton Garden Inn. We'd loved to have you as part of the show.

AUDITIONS for "Murder At the Tonylou Awards" will be held
on August 8, 2011
at 7:00 p.m.
at Paragraphs
No previous acting experience is required. All you need is a sense of humor and a desire to have some fun. The play is a mystery spoof set at Hollywood style awards show and the audience gets to play detective and solve the crime. There are speaking parts for 6 females and 4 males and there's one non-speaking female role for a Trophy Girl.
Even if you're not sure you're ready for "prime time" auditions are always fun, especially for a spoof like this one. So come on the 8th and just watch if you just want to see what it's like. We can always use an audience.
No comments: