Impatient With Desire by Gabrielle Burton 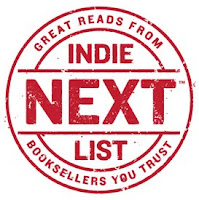 A new historical novel by Gabrielle Burton, Impatient with Desire brings us answers to the unanswerable question: What really happened in the four months that members of the ill-fated Donner party were trapped in the mountains? And it brings to stunning life a woman--and a love story--behind the myth. Of the 87 men, women and children in the Donner Party, 46 survived: two thirds of the women and children, but only one third of the men. And in this novel we experience the saga of the Donner party through the voice of Tamsen Donner, a wife and mother.

In her 1891 memoirs, Virginia Reed recalled the departure of the Donner-Reed company:

"Never can I forget the morning when we bade farewell to kindred and friends. The Donners were there, having driven in the evening before with their families, so that we might get an early start.

Grandma Keyes was carried out of the house and placed in the wagon on a large feather bed, propped up with pillows. Her sons implored her to remain and end her days with them, but she could not be separated from her only daughter. We were surrounded by loved ones, and there stood all my little schoolmates who had come to kiss me good-by. My father with tears in his eyes tried to smile as one friend after another grasped his hand in a last farewell. Mama was overcome with grief.

At last the drivers cracked their whips, the oxen moved slowly forward and the long journey had begun. ... Many friends camped with us the first night out and my uncles traveled on for several days before bidding us a final farewell. It seemed to be strange to be riding in ox-teams, and we children were afraid of the oxen, thinking they could go wherever they pleased as they had no bridles."

On April 23, 1846, under the headline "Ho! For Oregon and California" A notice of their departure was printed in the Sangamo Journal, Springfield, Illinois,

"The company which left here last week for California embraced 15 men, 8 women and 16 children. They had nine waggons. They were in good spirits, and we trust they will safely reach their anticipated home."

As the group traveled west they were joined by additional families who were embarking on the great migration to California in search of new land and opportunities. And thus began a story that has remained with us for over 150 years. Most remember the Donner Party for the tales of cannibalism that are associated with the survival of the ill-fated party when they were caught in the Sierra Nevada mountains during the winter of 1846. But this story is really about so much more than the macabre jokes surrounding it.

The Donner brothers, George and Jacob, were considered prosperous, elderly farmers who had no reason to go to California. Born in North Carolina and descended from German immigrants, they had already migrated by wagon from the Atlantic to the Mississippi. Having heard of the wonders of California, they thought they would try one more migration.

The novel is centered on the story of George, 60, his third wife, Tamsen, 45, their three children, Frances, 6, Georgia, 4 and Eliza, 3, and George's two daughters from a previous marriage, Elitha Cumi, 14, and Leanna, 12. Historians have long known that Tamsen kept a journal, though it was never found. In Impatient with Desire, Burton draws on years of historical research to vividly imagine this lost journal--and paints a picture of a remarkable heroine in an extraordinary situation. Tamsen's unforgettable journey takes us from the cornfields of Illinois to the dusty Oregon Trail to the freezing Sierra Nevada Mountains.

On October 31st, the front axle of George Donner’s family wagon broke. Cutting timber for a new one, George gashed his hand and they are separated from the larger group who have made it to Truckee Lake. But, just as the group attempts the final push over the pass, it begins to snow. Fifty-nine people huddled in the three cabins near the lake, hoping that the early snow will melt and they would still be able to cross the pass. The Donners and others, 22 people in all, were stranded about six miles east on Alder Creek in three shelters hastily constructed from tents, quilts, buffalo robes, and brush. But as the snow continued to fall the two parties settled in and tried to survive and hoped help would come.

When the third relief party reached the lake in early March, only seven emigrants remained alive. Tamsen Donner was among them, still remarkably strong for all she’d been through. George, who was dying, begged her to leave. Tamsen refused. She would not let her husband die alone. 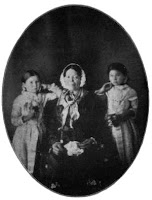 All the children of George Donner’s family survived. George and his wife, however, perished in the mountains. Eliza Donner, three years old in 1846, later wrote a book about the events, the only surviving member to write a book-length account. It was published in 1911. George’s daughter Leanna, twelve years old at the time, became the last living member of the Donner Party old enough to remember the events, dying in 1930.

I posted this on the South Padre Island Forum but decided I wanted to let those who don't follow the ins and outs of our local political debate online know how much the support we have received at Paragraphs means to us.

I can't believe how many people have taken the time to say such kind things about Paragraphs and especially about the house concert we had last week. I want to thank Nancy, Micheal, and Jerry for offering this great evening of entertainment. They performed simply to share their stories and music with an appreciative audience. Yes, people were generous with tips, but this performance was all for community and a way for us to show some appreciation for our wind-loving spring and fall visitors. Cathy Laferty brought wings, soft drinks, and veggies to share which everyone enjoyed.

I know there were several other things happening that evening so I really appreciate the support we received and the many words of encouragement.

As I sat and listened to the stories and music, I looked around at the faces of people who were obviously having a good time, and I realized how truly lucky I am to be able to realize my dream. Songwriting is about language, life, and friendships and these are the things we believe in at Paragraphs.

So, thank you everyone.