"The German Girl" and Today's Headlines

When I first read "The German Girl" I thought it was a beautiful debut novel and especially topical as Cuba was appearing in the headlines upon the death of Fidel Castro and as our country began to rethink our relations with our island neighbor to the south. By telling this story from the viewpoint of two young people spanning a 70 year period of history, the author poignantly demonstrates that racial hatred, or the persecution of those not "like us" is not limited to a single time or place but, unfortunately seems to be a part of human nature.

I thought I knew the story of the St. Louis and the 937 passengers, most of whom were Jews, who seeking sanctuary from the Third Reich and the horror of the Holocaust, were turned away from our shores.

What I didn't know, and what, today, made me again think about Correa's moving novel, is that many of those who boarded the now infamous transatlantic liner, in 1939, had been promised safe passage from Hamburg to Cuba. They had saved, borrowed, and made tremendous sacrifices to obtain the necessary visas as well as incurring the not insubstantial cost of a transatlantic voyage. They had been granted refuge in Cuba and possessed legal documents assuring them of their admission. However, tragically, upon their arrival  the President of Cuba, Federico Laredo Bru, issued Decree 937 which rendered the refugees permits null and void forcing the St. Louis to drop anchor in the bay. After four days of negotiations 28 passengers were allowed to disembark and the rest were ordered to remain on board and seek other protection. 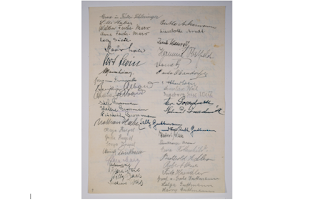 Captain Gustav Schroder did his best to find a non-German port but was turned away by the United States (even though many passengers held visas approving them for eventual entry to the US) before Great Britain, France, Belgium, and Holland agreed to grant some of the passengers political asylum. As the German army swept through Europe many of the refugees from the St. Louis were eventually exterminated in the Nazi concentration camps.  Only the 287 souls who were accepted by Great Britain were spared. In 2009, the United States government acknowledged their mistake and expressed deep regret for not aiding the St. Louis refugees.

The story told in "The German Girl" is of a voyage that began with a feeling of celebration and confidence that salvation was near at hand. Like refugees everywhere these innocent people, including many women, children and elderly individuals were looking forward to beginning a new life while nostalgic about leaving all they had ever known behind.

My heart was saddened this weekend as I heard of families separated, people stranded in strange airports mid-trip, returned upon arrival, detained for hours, unable to board airlines to begin a long anticipated new life, all of them left holding travel documents which took years to obtain that were issued by the United States, and suddenly declared worthless by that same government.

One can argue that President Trump is doing what the electorate wants and this is why he won the election.  I accept that, and am not surprised that our policy will be one that is more restrictive when granting asylum to refugees, this was a major part of his campaign and he won. What I find so troubling, and what brought to mind the novel "The German Girl" is that as a country we failed to honor commitments already made and by doing so turned the lives of many innocent people upside down, left them confused and afraid during an already traumatic and stressful time, and potentially placed their lives in jeopardy.

Fiction gives the reader an opportunity to see the world from another point of view. We are allowed to live the experiences of others put in situations we may ourselves never face. We read about Hannah, her mother Alma Strauss and father Max as they come to terms with the need to leave their beloved Germany and then apply and wait for the necessary documents to be granted, fearing all the time that it may be too late. We sense the relief and hope aboard the St. Louis as they cross the Atlantic followed by the fear, confusion, and sense of betrayal upon discovering the asylum they had been promised was merely an illusion.

I would recommend "The German Girl" to those who have described the chaos created last weekend as a minor inconvenience, similar to taking ones shoes off at the airport.
2 comments: 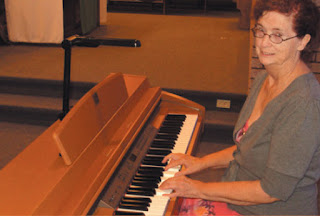 "Wordz, Whiskerz and Wrinklez" is a collection of inspirational short stories with pictures by author and noted musician, Helaine Dufoe. Overcoming many obstacles in her life, Lainie is inspired to write stories to aid others through encouragement and faith development. An author of five other books about her faith, trials, and overcoming many adversarial life events, she continues to write and encourage others with her stories.

“I received ‘instruction’ to write this book after a strange experience with an old music box/planter earlier this year.  This ‘Music Box’ story is the last one in the book for that reason.

I received further instruction to have the book published and give the proceeds from the sales of the book to charity.

It appears that lately I’m drawn to working for the ‘homeless’ in our world – and specifically for our local Elgin Street Mission and/or the Blue Door Soup Kitchen.

So, unless I hear differently – that is where any proceeds from sales of the book will go.”

This is Lainie’s third visit to Paragraphs and we welcome her back with her most recent book.
Helaine was born and raised in Thunder Bay, Ontario, and lived in Sudbury, Ontario since 1967. She studied keyboard at an early age, and music covered her whole life. The keyboard became a lifelong vocation for her in playing Catholic Church organs for almost 50 years. She started writing books in 2005 as a result of a prophetic dream – this book is her latest creation.
5 comments: 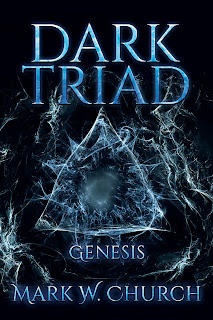 
The Relief Zones (RZ’s) are billed as a place of refuge for American citizens, but in reality, they are hell on earth.

The United Federation, the new world’s multinational government, created the RZ’s as a way to control the world’s population. They are advertised as safe havens, flush with food and medical care. Instead, they are hotbeds of pestilence, violence, and agony. Self-reliant people all around the world, nicknamed “Bohemians,” see through the governments rouse. Preferring to control their own fate, they resist the government’s urgings to resettle in the RZ’s.

Amy, her husband Tom, and their daughter Kayla, live in rural America. Life’s new reality has its challenges but they are determined not to leave their home. One by one, they watch their neighbors abandon their community for the promise of the RZ. Content with their choice to stay put, the small family tries to live as normally as possible before Tom is killed during a botched robbery. Distraught and vulnerable, Amy and Kayla remain determined to stick it out. They manage for months until a group of soldiers inform them that remaining outside of the RZ is no longer an option. Forced to comply, their nightmare begins.

In the RZ, the girls encounter another Bohemian named Jake, who has something waiting for him beyond the slums. Equally determined to leave the RZ, they team up to attempt their escape. Their path to freedom will be dangerous; failure means certain death. Can they get out? Is there any hope to be found beyond the RZ? Amy, Kayla, and Jake refuse to believe otherwise.

Author Mark Church is a retired business owner, martial artist, survival hobbyist and extreme sports enthusiast. He is a proud husband and father of two. He used his extensive knowledge of the American heartland to plan his protagonists’ journey.

Conversation and booksigning with Leslie Mironuck

Our Founding Fathers are the great men who won our inde­pendence, framed our founding documents, and set this nation in motion.

Discover who they were, what they believed, and why they were willing to pledge their lives, fortunes, and sacred honor in pursuit of America’s potential. A study of their lives is a study of the history of their times—a time that is the Founding Era. 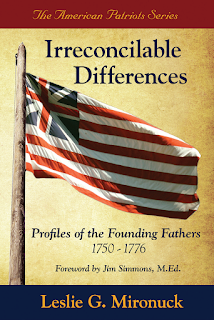 This first volume in The American Patriot Series spans the period of 1750-1776. It includes the exciting life stories of fifty of our Founding Fathers and chronicles how they came to grips with their "Irreconcilable Differences" with Great Britain.

Readers will benefit from the author’s extensive research. The facts revealed in these pages were derived almost exclusively from primary sourced material and listed in the bibliography. A timeline and index are included.

Leslie Mironuck’s life journey has given him a unique perspective on America. He lived in Canada until 1986, viewing the United States from afar. However, he often visited his relatives who had settled in Missouri during the mid-1800s. After immigrating to the USA, he made St. Louis his home. He has since reconciled his various perspectives of America — as a foreigner, as a frequent visitor, and finally as a permanent resident. This process included a self-guided study of American history. Mironuck holds both US and Canadian citizenship.

This event is free and open to the public.
Paragraphs On Padre Boulevard, 5505 Padre Blvd. South Padre Island, TX
For more information please call us at 956-433-5057