On the Shelf at Paragraphs - The Girls by Emma Cline 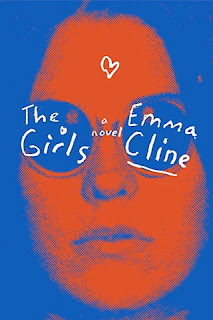 One of the most talked about books this summer was a debut novel written by the twenty-something author Emma Cline. A favorite of independent booksellers, “The Girls” was chosen as the featured title for the June Indie Next List.

“The Girls” is a coming-of-age story within the context of a fictional cult loosely based on the Manson family and life at the Spahn Ranch. Much has been written about the power Manson held over his followers but Cline is more interested in exploring the seductive allure of the girls who stood behind him.

Cline states, “I became obsessed with the Manson girls. I was older than they’d been when they killed eight people, when they’d driven home on the Ventura Freeway, stopping at gas stations to clean blood off one another. I stayed up late into the night, reading the different books, watching the scratched videos on YouTube. In the photographs I saw of the girls—pictures striking for their strangely domestic quality—I recognized something of myself at thirteen, the same blip of longing in their eyes. Her “obsession” resulted in a story that flawlessly carries the reader into the tumultuous days of the 60s with pitch perfect descriptions, of the clothes, of the way of speaking, and of the tenor of the times.

The story opens when the adult narrator Evie Boyd is housesitting and the owner’s son brings his teenage girlfriend to the house, believing it to be unoccupied. As Evie interacts with the two young people she realizes she is helpless to intervene in what she senses is an exploitative relationship. She sees in that young woman the same mingled pride and desperation that briefly drew her into a murderous cult decades ago. The novel then evolves by shifting back and forth between Evie’s static life in the present day and that infamous time when she was young--a girl with a face “blatant with need.”

At the start of summer, a lonely and thoughtful teenager, the 14-year-old Evie, sees a group of girls in the park, and is immediately caught by their sense of freedom, their careless dress, and their dangerous aura of abandon. "I studied the girls with a shameless, blatant gape," adult Evie narrates, looking back at this turning point moment in her young life. "These long-haired girls seemed to glide above all that was happening around them, tragic and separate. Like royalty in exile."

Soon, Evie is in thrall to Suzanne, a mesmerizing older girl, and is drawn into the circle of a soon-to-be infamous cult and the man who is its charismatic leader. Hidden in the hills, their sprawling ranch is eerie and run down, but to Evie, it is exotic, thrilling, charged—a place where she feels desperate to be accepted. As she spends more time away from her mother and the rhythms of her daily life, and as her obsession with Suzanne intensifies, Evie does not realize she is coming closer and closer to unthinkable violence and that moment in a girl’s life when everything can go horribly wrong.

Beautifully written and skillfully crafted “The Girls” is a remarkable debut novel and a brilliant work of fiction revealing a startling psychological insight.

Roaming the lands of Zimbabwe, Cecil the lion is king of the jungle. At ninety-two years old in lion years, the magnificent animal is definitely something to fear. But one night, as he ventures out to get as drink, he’s blindsided by two hunters. Soon, Cecil joins the realm of heaven.
Many are shocked to hear of Cecil’s demise and they demand justice for the grand animal. The hunters ask for forgiveness for their deed.
Based on a true story, this rhyming picture book for children offers a Christian-based look at the death of a majestic African lion.

Billy Portwood is a native Texan, US Armed Forces veteran, husband and father to three young boys. He discovered his joy of writing after penning an anniversary poem to his wife, Carrie. Shortly after, Portwood wrote this, his first book. He and his family live in South Texas.


This event is free and open to the public.
Paragraphs On Padre Boulevard, 5505 Padre Blvd. South Padre Island, TX
For information call us at 956-433-5057


The Road to Llorona Park is a collection of short fiction about the changing world of la frontera/the borderlands of the Rio Grande Valley of South Texas. The stories center around the current times when the political upheavals of Mexico began to effect peoples lives on both sides of the border.

CHRISTOPHER CARMONA is an assistant professor of creative writing and Mexican American studies. In 2015, he was the Langdon Review Writer-in-Residence.

This event is free and open to the public.
Paragraphs On Padre Boulevard, 5505 Padre Blvd. South Padre Island, TX
For information call us at 956-433-5057
4 comments: