Book two in the Zoo Nonsense series. Joining his first book “Zoo Nonsense”, Don gives us even more crazy rhymes and goofy pictures guaranteed to tickle the funny bone of kids 6 to 60, and any other age before and after. The illustrations will keep your youngster entertained as you read or they read the book.

The Ben Solomon series also continues with Don’s newest “The Quest for Kuybera”. This book two is the continuation of the Ben Solomon saga of Abel, firstborn son of King Solomon. In the first volume titled "Destiny Diverted", Abel is stranded in the New World. After the murder of his wife and unborn child, Abel seeks a way home by following the clues to a fabled copper field on the North shore of what is now Lake Superior. Enroute, he rescues his first love Summer Moon from an ancient ritual wherein the wives of a departed Sun Chief are expected to join him in the Afterworld. He meets Nathaniel, a fellow mariner and member of the secret Brotherhood of Marnah, Goddess of the Sea, and a four legged companion named Wolf. Together, they trek through the dangerous forests of what is now North America. They visit the Great Serpent Mound where Abel is almost killed during a peyote induced vision.. "The Quest..." also contains a sneak peak of Volume 3 in the Ben Solomon Trilogy.

San Antonio resident, John C Payne is the author of five novels.  Beginning with the trilogy, “Three and Out” he follows with “Stage Four” and Stage Five”.  From the author’s website: “Stage Four and Stage Five have been generating numerous positive feedback --- too numerous to list in this space.
I thank all of you fine people who purchase my books.  All receipts go to three different charities.  I write for fun.  It's a fun hobby, okay?”

Stage Five:  The Reincarnation.
Out of nowhere, Jamie Richards appears in an unorthodox manner on the busy streets of San Francisco as a reincarnate of his great-grandfather Thaddeus Ambrose Richards, who was a member of Colonel Bill Donovan’s OSS, the forerunner of the current CIA.
Jamie and Denis Sweeny, his old Navy SEAL friend team up to infiltrate the ISIS recruitment process of young, disenchanted females and later create major havoc at an ISIS safe house south of the city. The concluding segment of the book involves Jamie’s deployment back to a German city near Berlin where Thaddeus Ambrose Richards had met his demise during WWII trying to kill Frau Koehler, Nazi propagandist. Jamie is now reunited with the successful and famous, Seri Hakimi. Is Jamie destined to achieve long-awaited fame? Or will he succumb to the same fate as his great-grandfather?
Jamie Richards, main character in the sci-fi/fantasy Stage Four book, is reincarnated in the spirit of his great-grandfather. Thaddeus Ambrose Richards was a WWII intelligence officer deployed by COL William Donovan to assassinate a German female propagandist. He was killed in action. Present day ISIS has launched an aggressive recruiting campaign centered on disenfranchised young females in the US. The San Francisco operation is highlighted in this story. Jamie Richards is contracted by the CIA to perform intelligence missions centered on ISIS activities in the US. His handler is Denis Sweeny, an old Navy SEAL friend and protagonist throughout the story. Richards is thrust into action trying to prevent radical terrorists from destroying a major league ballpark and the people in attendance. Later, he and Sweeny team up to take down an ISIS safe house in San Francisco. Richards develops a sneaky love-relationship with one of the ISIS team leaders that carries him to his final mission, the site of his great-grandfather's demise in WWII. Additional fast-acting sequences take place in San Antonio, near the Mexican border and finally, outside of Berlin, Germany.

“Kidnapped from a parking lot one night and whisked away from her Texas hometown, Holly Harper must survive a group of hunters out for blood, psychos in suits, and her conscience, the one thing that keeps her teetering on the line between everything she is and everything she could be. Battling the forces of evil for the sake of survival, Holly doesn’t bother wondering why the universe seems to be conspiring against her. All she can wonder is...what took so long?
Holly blames the black cloud. She really does.
Her mother’s family has dealt with that twisted sort of luck for as long as anyone can remember. Now it’s her turn to face it, and her only options are to survive or die trying. But if there’s any mistake the pawns of Satan can’t afford to make, it’s underestimating a Harper, even the smallest, least experienced Harper.
So, watch out world ‘cause Holly Harper’s come alive.” 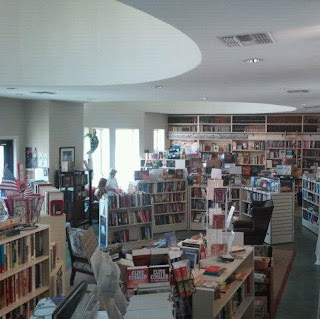 Jessica Carlos was born in Brownsville, Texas to Hispanic parents. Raised alongside her two older brothers in Olmito, Texas, Jessica developed a passion for reading and writing at a young age. She was published in the Anthology of Poetry by Young Americans (2003 Edition) at the age of 8. At age 17, she graduated from the Math and Science Academy in Brownsville with her high school diploma and Associate of General Education. Two years later, she received her Bachelor of Arts in English and, at age 22, earned her Master of Arts in English in an effort to polish her writing skills by studying literature, composition, and rhetoric. She is currently sitting back, slurping hot chocolate, and working her way through her next couple of novels—that is, when she’s not throwing knives, shooting arrows, or training with her tactical blade.