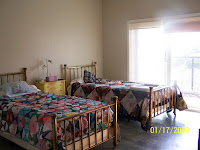 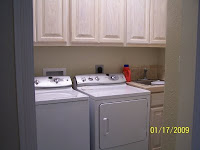 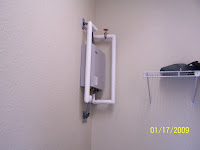 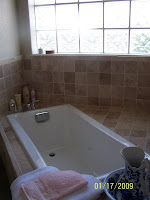 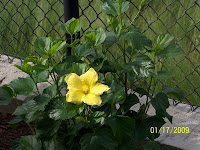 st the sun was sinking below the horizon and casting a beautiful deep pink glow over everything. To the east we could see the full moon rising over the white-capped waves of the gulf and at that moment we spotted one of the most perfect yellow blossoms tucked into the sheltered side of a wind-swept dune. Yes, no matter what, life is going to be good on this sandbar.

Hello, I have been following your blog for a couple of months now and am enjoying reading of your trials and triumphs. Also a resident of CO for 30+ years and considering a future move to S. Padre. I lived in Galveston back in the early half of the 70's and always wished to move back along the Gulf coast. I have also wished to open a bookstore but at 53 almost 54 I would rather browse a bookstore and walk along the beach finding a nice spot to plant my umbrella and read a good book. I love that you have all this wealth of wonderful information right at my fingertips. I wish you all the very best. Your blog has helped pass a rather cold winter in Colorado...Lin

Joni, I'm glad to see you haven't lost your sense of humor yet and the island is helping you keep things in perspective.

Of course, clean underwear is hard to beat.

Joni- My friend Sparky asked if we had found your store yet. He's stuck in Kansas City Mo this winter...Brrrrrrrr. I hate it that you are having these trials, but am really enjoying your sense of humor about it. I don't find the address other than on Padre Blvd. Did I miss it, or is it not listed till you're open? I want to order a book on interstate exits if you're going to be up and running before we leave in March. I'd rather buy local than on the net.
Mary T

I enjoyed your water problems, or rather you recounting of them. I try to remember that how I deal with these problems is going to be the determinant as to whether my life is going to be joyful or sad. Sounds like you picked joyful, loved the image of the yellow rose. Isn't yellow for friendship in the rose sending lanquage?

Wow! I have seriously neglected my blog and since Spring Break is going on all around me but passing me by I have a few moments to respond.

First, thank you for the comments. I am amazed that people from such a diverse background and geographical area have found my blog and taken time to read and comment.

Linda: I can certainly understand your preference for spending your time reading and not taking on the challenge of bookselling. There are days when I ask myself if at 50+ I am crazy for doing this since I do not have the same energy level I did 10 years or more ago. But, I am enjoying the challenge and hopefully the satisfaction I get from seeing Paragraphs become a part of the community will make the effort worthwhile.

Mary: You are probably on your way home now and I hope you have a safe trip. I am sorry I missed the opportunity to help you with the guide, and hope you will give me another try. We will get more organized - I promise.

I always appreciate your comments, Marc, and believe me a sense of humor is necessary to get through some of my days.

And then, IzzyRocks, how in the world did you find the PurePadre blog? However you found us thank you for reading.