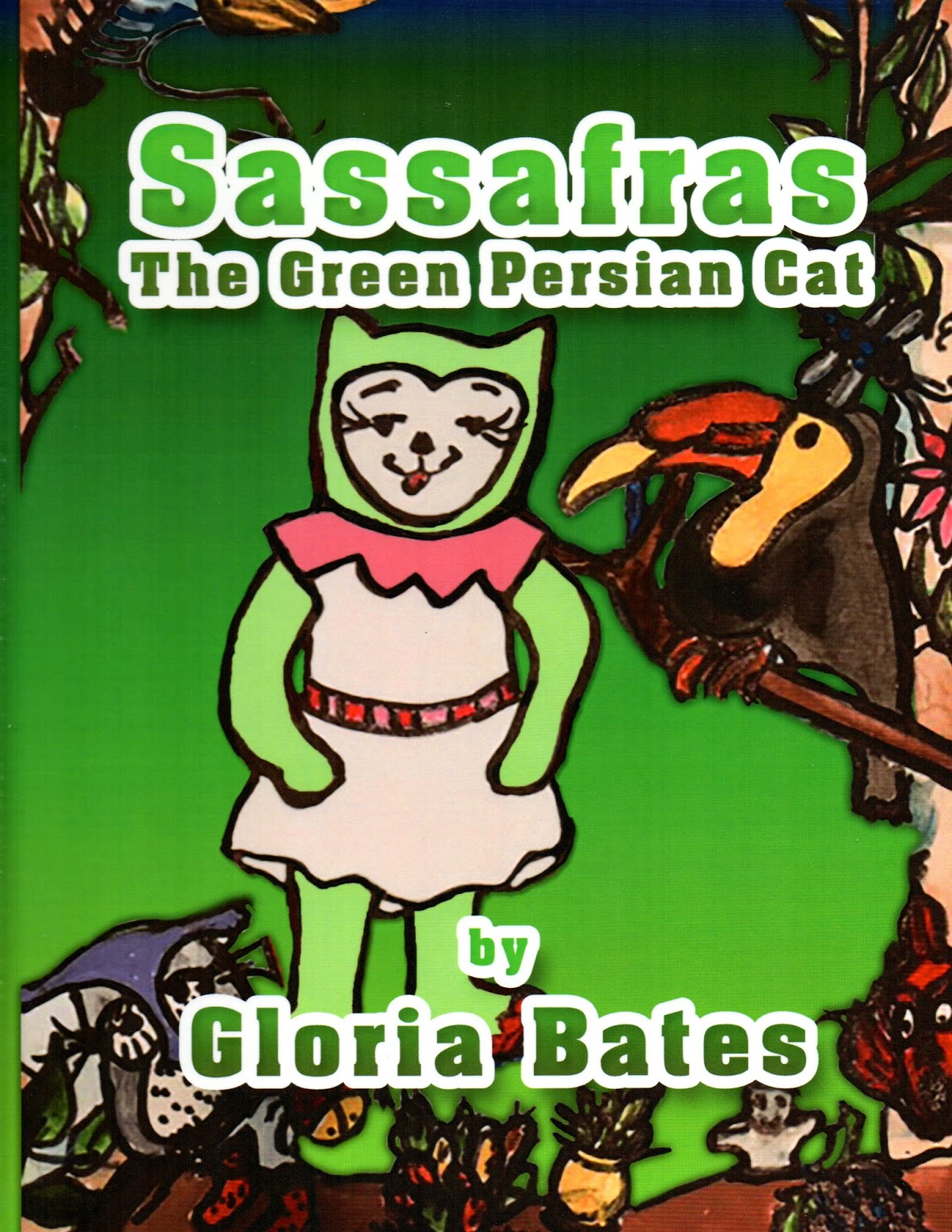 Sassafras: The Green Persian Cat calls her friends to party at the Watson Ranch. They eat and play and wearing magic blue horseshoes, they fly up to the moon and back. South Texas historian, dramatist, and artist Gloria Bates paints a fantasy of adventure and fun for young readers. Bright, charming, and filled with regional culture.
Gloria is a well-known author from Port Isabel Texas.  She has endeared herself to the local community with her performances of historic plays and music from the Rio Grande Valley.
Born in Beloit, Wisconsin Gloria spent her formative years growing up in the mid-west of the 1930s.  During her college years at the University of Wisconsin, Gloria and friends played in a band called the “Stardusters” they formed in high school and set about entertaining at various venues, Gloria on her trusty Gibson.  In the early 1960s, Gloria and husband Bob and sons Rod and Rex made a trip to south Texas.  In the late 1960s a teaching position in the migrant program in Mercedes made the move permanent and eventually the family moved to Bayside and then to Port Isabel where the family operated Seagull Imports.
Always the entertainer, Gloria continued to take every opportunity to sing and play and then incorporated both talents to play writing.  Upon retiring in November of 2010, Gloria turned her creative talents towards the canvas and has painted a variety of subjects including Day of the Dead, local scenes of cultural interest, and is involved in commission work.  Several galleries in South Texas successfully feature Gloria’s work.
This event is free and open to the public.
Paragraphs On Padre Boulevard, 5505 Padre Blvd. South Padre Island, TX
For information call us at 956-433-5057